UNDERSTANDING THE RESURRECTION Mathew 4:1-4. We see Jesus baptized in water and in the spirit about simultaneously and the first thing that happened was for him to be led into the wilderness to be tempted. The bible says the Holy Spirit led him to be tempted. Why would the Holy Spirit lead him to the wilderness to be tempted immediately after such a glorious baptism? When the devil made an appearance, the subject of contention was Jesus designation as the Son of God. Jesus didn't need to prove his status but if he had obeyed the devil, he would have become a servant to him just like Adam because to him who you yield yourself to obey,his are you. So since he failed this time, he plotted ahead to kill Jesus and take him to hell; where he knew Jesus wasn't recognised as the Son of God. Romans 1:1ff The content of the gospel of God is the Sonship of Jesus. (Vs2)Apostle Paul says there was a promise as declared by prophets in the old testament. The promise has been fulfilled and it is declared to be the Son of God with power. Though we know him as Lord but He is son to God (Vs 3). The same question about Jesus Sonship came up at Philipi when Jesus asked them who men said he is. All of us must face the question of Jesus' Sonship at some point. It was the contention at his temptation and now again Peter answers in twofold. He says, You are the Christ (the only link between man and God). That's why jesus say I'm the way ( the progressive path) the truth( the substance of reality) and the life ( fellowship of the spirit that fills us with peace, life etc). Jesus and his office is the most significant office in the spiritual realm. You cannot do any spiritual business without Christ. No spiritual being exists who doesn't know Christ. Peter also said He is the Son of the living God. Heb1:1ff gives us the designation of Jesus as the Christ 1. Vs 2 His status is heir of all things (governmental and administrative function) 2. Vs 2 By Christ he made all the worlds. He is the majestic of all majesties. 3. He is the brighthness of his glory and the express image of his person He is the clearest definition of God God was abstract and till Jesus came. 4. Upholding all things BY the word of his power. Grace is regulated by a throne domiciled in the office of the Christ. Access to that throne is mercy. Without grace you cannot serve God in an acceptable manner. Without grace you cannot serve God boldly or to God's expectations. Romans 1:3 He came through David according to the flesh but His identity isn't through the flesh that's why He said before Abraham I am. Five names of Jesus Seed of woman Son of Abraham Son of man He represented the Human race Son of God. The son of David. Prior to resurrection the power the devil yielded was of hell and death. For every minute Jesus stayed in hell, he was stating for you and at the end you were made free because He had satisfied all requirements for our freedom. The devil's surrender was so total and complete that it is likened to when an opponent lays before the enemy in submission. The Spirit descended into hell and lifted Jesus out of hell and proved that He was the Son of God. This is the evidence that Satan is reigning illegally. If you are walking in this consciousness you'll be able to face the devil when he comes to tempt you. He has no hold over you or in your life. Hallelujah!!!!!
     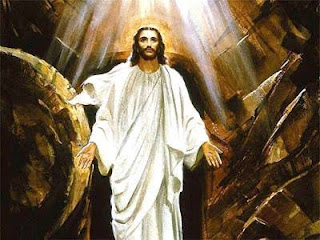