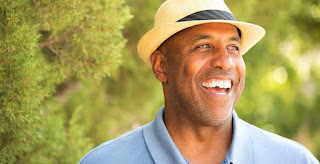 ISRAEL – MY HIV STORY As a gay man, one of the hardest things you can do is come out. You fear whether or not your family and friends will accept this ‘new’ you and you face the possibility of losing the people that are important in your life. After I came out as gay, the one thing I never thought I would have to do is come out again…but this time, as an HIV-positive man?! Some years back, I went in for a routine blood test. This was my first test since I was born – I had never visited a VCT Centre. I wanted to get checked because I had just started a new relationship. I wasn’t worried though. Being that young, I felt like I was invincible. I figured I had nothing to worry about. A week later, I received a phone call from my doctor. He asked if I was in a place that I could talk privately. My heartbeat stopped for some seconds. “You tested positive.” I heard his words, but I couldn’t comprehend what he was saying. It wasn’t possible, not me. No, please not me. Emotions took over and I sat down crying and letting the tears wash over my face. My doctor remained on the phone, trying to reassure me, but I couldn’t hear a word and the phone disconnected. Out of confusion I found my legs leading me into a neighbouring bar. At the counter, I dialled my foster dad. He answered faster than I expected. I wasn’t ready, but he could hear me crying. Dad: “What’s wrong son?” Me: “I’m so, so confused don’t know what to do.” Dad: “Stop. Tell me what’s happening. You’re scaring me.” Me: “My doctor just called me. I tested positive.” Dad: “Where are you son?” Me: “I’m at a bar.” Dad: “Don’t tell me you are drinking, I want you to take the first bus back home in the evening.” Tears poured down my face. My heart would not stop racing. Me: “I’m so confused.” Dad: “Don’t be, just do as I say, it’s only HIV not AIDS.” When I finally arrived after the longest drive of my life, he booked an appointment at a health centre. He walked me into the clinic and the doctor was waiting for me in the lobby. He sat us down in the back office and he began to speak. He talked of CD4 numbers and T-cell counts after running some tests. He used words like, “low count,” “lucky,” “healthy” and “next steps.” I just nodded yes and kept quiet. I told my family, but they had only just started to accept me as a gay man. I couldn’t help but think about what this new information would do to them. Flashbacks of memories of when I came out played over and over in my head. The tears, the anger, and how all of that would now be magnified. But then again, how would many parents react to hearing that their son now has a life-threatening disease? I don’t remember much from those days as I have blocked most of it out. There were too many tears, but I do remember the days that followed. I was in and out of an HIV specialist’s office. My viral load was low. To this day, my CD4 count is still high and my viral load is undetectable. My boyfriend and I are no longer together - he is still negative. I still go in for my routine therapy every two months and that’s about the only thing that has really changed in my life. My friends still look at me the same and my partner loves me unconditionally and supports me wholeheartedly. He isn’t ashamed of my status, and neither am I. I’ve learned that I am not my status, but the man I make myself into every day. I am not just HIV-positive…I am me.
Like Israel says, there’s life after a positive HIV diagnosis and with treatment you can live a normal, long and healthy life. As he found out, getting support from those close to you such as family and friends can help you cope during this difficult time.
Share your story
source avert.org
God has made it clear to us in his word that a persons environment affects his attainment in life; the world we live in affects the life that we live [1 Corinthians 15:33]. This means, the input you receive into your life from your environment affects the output of your life. In my previous post i said that Time and Chances affects humans positively/negatively depending on their geographical location. Basically the Time that we are, are bad times some men are trapped in it while some prevail. Assignment pray for the help of God.