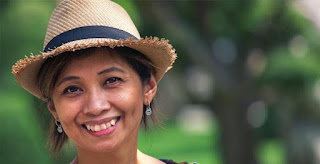 This story might help those who think they are too old to keep being a virgin, also those who only worry about pregnancy, disregarding other risks.

I lost my virginity at age 31 and I'm not married. I wasn't waiting for a wedding to make love. What I waited for was for the man to whom I felt deeply in love, and knowing he really cared about me. Along my student years I was very focused on studying, though I was involved with someone and he asked me to have sex during college. I realised I wasn't ready (@21). Once we finished college we remained being friends. Later I met other guys from work, but none of them I loved, only liked them. And yes, I received more sexual proposals that I rejected.

When I was 28, I met a guy who I liked the first time I saw. We became sort of friends, and we shared time together, sporadically. We had an on and off relationship, but when we finally walked over a stable ground, I was more than ready to make love to him. He had stayed at my place many times before, but nothing had happened. This time, when we were reunited, he warned me... if we share the bed I won't let you sleep tonight. And he kept his promise. I wasn't nervous, it was like the natural next step. We spent the night making love, it didn't hurt while doing it, but the next day. The day after I felt my vagina a little swollen and some pain in my lower abdomen. We wore condoms… but with a little incident.

The incident with the condom didn't result in pregnancy, but I got a STD. Fortunately it wasn't serious among all the possibilities. I caught trichonoma, which is a parasite that can reside in the vagina, and the man can transmit it without knowing it, because it rarely shows symptoms on men... symptoms on women are not nice. The solution was easy, I took the prescribed medicine and I was cured, and told him to take the medicine as well.

So, what can be learned? Most people think they are immune to STDs, most of the times they are afraid to have themselves checked and still think they are 100% healthy. No matter how much you love your partner, and trust him, wear a condom and have enough of them, he might not know he is carrying a disease. When you decide to have sex without protection for whatever reason, you both should be checked before. Also, take into consideration that HIV can be detected after 6 months depending on the test applied. Communicate with your partner about these issues... if I hadn't told mine that he got me that, I would have been re-infected.

Besides the STD outcome, the experience was really satisfying and bonding. (in case you were wondering, we are no longer together... that is how life is)