Pastor who lost his family in fire says he still believes in God Read more: 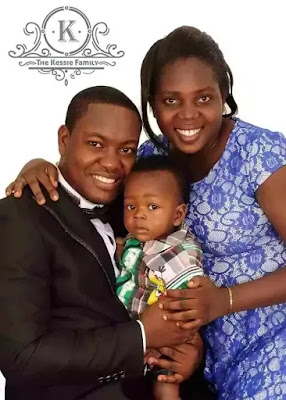 Ghanaian Pastor Ato Kessie through his spokesperson has disclosed that he is trusting God to get him back on track since his faith has not faltered after what happened to him.
The head pastor of the Dansoman District of the Seventh Day Adventist (SDA) Church whose family died in a fire declared that he still has faith in God.
NAIJ.com earlier reported that Pastor Kessie lost his wife, children and in-law when fire gutted his home on Sunday night, August 19.
According to Mynewsgh.com, the pastor acknowledged that he laboured several years to build his home and family. However he did not feel God has robbed him of anything. Pastor Kessie further disclosed that he was still a persevering believer in God's goodness. His spokesperson, Frank Owusu says on Accra-based radio station Neat FM. The spokesperson reportedly said: “Pastor Ato Kessie will have to start life all over again by making a new family and other needs of life and for that matter, he will need everyone’s support, but his faith in God is stronger.” He further conceded that although these were probably the worst times of Pastor Kessie's life, but there is a need for well-meaning Ghanaians to help him in ways that they could. “Pastor Ato is going through a lot now. So I urge Ghanaians to remember him in their prayers because he needs prayers to go through the challenging times. Those who wish to support him can also do so because he is empty now," said Frank Owusu.

The departed family of the pastor have since been buried. Sad!