Home » The Word of God » ACTIVATING ANGELIC ENCOUNTERS IN YOUR LIFE

ACTIVATING ANGELIC ENCOUNTERS IN YOUR LIFE 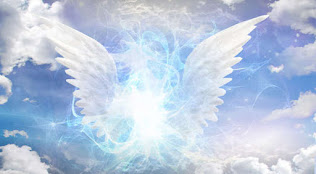 ACTIVATING ANGELIC ENCOUNTERS IN YOUR LIFE

Our goal tonight is not suggesting that every person will encounter angels. However, I do believe that angelic ministry and help will be available to a vastly increased number of individuals in the coming days. The ability to recognize angels and work with them will not be limited to a few “chosen vessels” any longer We have entered a “KAIROS” moment of time. Many terrible thing will happen to ordinary people in our world today We will see pandemics, financial turmoil, and great natural disasters. Earthquakes, pestilences, famines, wars, and rumours of wars will spread across the face of the earth Darkness and evil will greatly increase. Humankind will call good evil and evil good. However, in the midst of these horrible and dark times, the glory of our God will arise upon His people. The Lord will empower regular people to interact with His Kingdom and the angels therein. In this subject, we will look at Some basic keys that can be helpful to activating angelic ministry in your life.

1. PRAYER AND PRESSING IN. We have seen from both our modern-day testimonies and from biblical examples that angels are often released and encountered in response to the prayers of people. Prayer that is accompanied by fasting and meditating upon God’s Word seems to accelerate the ministry of angels in a person’s life. As we violently and relentlessly press in to God’s Kingdom with prayer, fasting, and meditating upon God’s Word, angels will begin to “hang around.” The ability to see or discern angels is only the entry point into this aspect of Jesus’ Kingdom. MATTHEW:11:12 And from the days of John the Baptist until now the kingdom of heaven suffers violence, and the violent take it by force. Entertaining angels is a very important phase of pressing into the Kingdom and seeking to understand how to work with angels. Really, it boils down to *simply asking* the Lord to allow you to interact with angels according to the principle found in.. MATTHEW 7:7 “Ask, and it will be given to you; seek, and you will find; knock, and it will be opened to you". As simple as this may sound, one of the most important keys to activating angelic ministry and encounters in your life may be asking. When we ask our heavenly Father for the spiritual aspects of His Kingdom, Jesus promised us that we will receive them.

At times as we earnestly press in to the Kingdom with prayer, fasting, and meditation on God’s Word, we can create a “PORTAL” in the spiritual atmosphere over our lives. Some people call this phenomenon an “open heaven.” There are certain geographic locations throughout the earth where the heavens are activated or open. We also see two such places in.. GENESIS 3:21-2 AND GENESIS 28:10-12 Jacob called the name of that first place Mahanaim, or “camp of God.” Jacob also encountered a “portal” place near Haran where he “saw” angels ascending and descending to and from Heaven. Jesus Himself spoke of places where there are open heavens. At times the heavens can be opened over an individual as well as a geographic place or location. The One easy way to activate your eyes to see into the realm of angels is to go to a place where the heavens are already open.

• God is everywhere but He doesn't meet man, everywhere.

• Encounter has a location

• When you find an open heaven, you will also find angelic movement and activity.

• When you come into a place like this, a Mahanaim, you will need to exercise your spiritual senses. The apostle John also saw and experienced the open heavens over Jesus in a profound way on several occasions and then later interacted with an open heaven himself. LUKE 3:21 When all the people were baptized, it came to pass that Jesus also was baptized; and while He prayed, the heaven was opened. REVELATION 4:1 After these things I looked, and behold, a door standing open in heaven. And the first voice which I heard was like a trumpet speaking with me, saying, "Come up here, and I will show you things which must take place after this." In REVELATION 4:1... It was after there was an open heaven that John heard the voice and begin to see in the spirit the things which shall come to pass JOHN 1:51 And He said to him, "Most assuredly, I say to you, hereafter you shall see heaven open, and the angels of God ascending and descending upon the Son of Man." After there was an open heaven, then the ability to see Angels ascending and descending will be given to you. By finding an open heaven, or creating an open heaven over your life, you can easily recognize the angels that are all around you... Sometimes you might not see them, but you will notice their presence. ANYWHERE YOU FIND AN OPEN HEAVEN,YOU WILL FIND ANGELIC ACTIVITIES THERE.

Another important thing that we can do is to exercise our spiritual gift or ability to see or perceive angels according to the principle of: HEBREWS 5:14 HEBREWS 5:14 But solid food belongs to those who are of full age, that is, those who by reason of use have their senses exercised to discern both good and evil. TO SEE IN THE SPIRIT,YOU NEED TO DESIRE SPIRITUAL GIFTS. 1CORINTHIANS 12:31 But earnestly desire the best gifts. And yet I show you a more excellent way. The gift used to see in the spirit is, The gift of Discerning of spirits. We can ask the Lord according to the principle of Matthew 7:7 to give us a greater measure of gifting and to activate our gift of discerning of spirits. This of course will allow us to see into the realm of the spirit and discern angels.

4. LEARNING TO WORK IN SYMPHONY WITH THE HOLY SPIRIT.

As we grow in the knowledge of how Christ’s Kingdom operates, we will begin to recognize when the Holy Spirit is hovering around us. When we begin to minister in symphony with the authority and direction of the Holy Spirit, we may be instructed to release or employ angels to touch the realm of the earth. We should listen carefully to the Holy Spirit and be obedient to do the things that He shows us to do, including releasing angelic ministry This involves a bit of a learning curve, and it may take times of practice and waiting upon the Lord to perfect this ability to work in symphony with the Holy Spirit to activate angelic ministry. JOHN 16:13 However, when He, the Spirit of truth, has come, He will guide you into all truth; for He will not speak on His own authority, but whatever He hears He will speak; and He will tell you things to come.

5. EVANGELISM AND WORSHIP OF JESUS.

WILL GOD FORGIVE ME FOR HAVING CHILDREN BORN OUT OF WEDLOCK

Other keys to help you understand how to interact with angels are often found during evangelism and worship of Jesus. The times that I have experienced the most angelic activity was in circumstances when I was worshiping The Lord with all of my heart.

• Anytime you are involved with worship of your King, you are in a position to recognize and experience angelic ministry.

• Sometimes you just need to ask the Lord to activate your spiritual senses to recognize the angels that are involved in the worship. We are living in a day when the Lord will dramatically increase angels with the assignment and anointing of taking the Gospel to other places. Harvest angels will manifest to evangelists and give them supernatural direction and revelation as to when and where to minister.... Glory! ACTS 8:26 Now an angel of the Lord spoke to Philip, saying, "Arise and go toward the south along the road which goes down from Jerusalem to Gaza." This is desert. ACTS8:27 So he arose and went. And behold, a man of Ethiopia, a m eunuch of great authority under Candace the queen of the Ethiopians, who had charge of all her treasury, and had come to Jerusalem to worship, REVELATION 14:6 Then I saw another angel flying in the midst of heaven, having the everlasting gospel to preach to those who dwell on the earth- -to every nation, tribe, tongue, and people—

• As we grow and mature in our spiritual gifting of discerning of spirits, we will begin to recognize that angels are around us at all times. I have also perceived angels in small groups as we speak about Jesus and His marvellous deeds When believers gather and speak about the Lord, SCRIBE ANGELS are often present to record the words and works. MALACHI 3:16 Then those who feared the LORD spoke to one another, And the LORD listened and heard them; So a book of remembrance was written before Him For those who fear the LORD And who meditate on His name. The Lord has good things in store for us. Our heavenly Father gives good gifts to His children who wait upon Himand seek His Kingdom PSALM 100:5 For the LORD is good; His mercy is everlasting, And His truth endures to all generations. LAMENTATIONS 3:25 The LORD is good to those who wait for Him, To the soul who seeks Him. Finally

When we seek God and His Kingdom and draw close to Him, He has promised to draw close to us. James 4:8 gives us this promise: “Draw near to God and He will draw near to you.…” The Lord can reveal even more reasons that can help you build your faith for God to open the angelic realms to you as you seek His Kingdom with your whole heart.

• Make it your priority to draw close to Jesus more than ever.

• Jesus prophesied about angelic ministry; He even promised that He would employ angelic ministry upon the earth in the coming days. That means that we can do those same things.

• We have a standing invitation to pray and ask our Father for the release of angels to help us in our times of need Today. MATTHEW 26:53 Or do you think that I cannot now pray to My Father, and He will provide Me with more than twelve legions of angels?

➢ If you draw close to Jesus, it gets easy to access all that He has for us....