Home » your experience » FACTS ABOUT ANGELS WE NEED TO KNOW 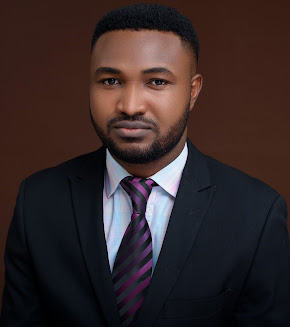 1. The Bible makes it clear that angels were created by God Himself. And to make all men see what is the fellowship of the mystery, which from the beginning of the world hath been hid in God, who created all things by Jesus Christ (Ephesians 3:9) These angels are your heavenly friends and helpers. God created them not only for Himself but also to help Him carry out His mighty works and to work closely with people, particularly those who serve God. 11

3. Angels were created before man and were present at man's creation and the creation of the world. Then the Lord answered Job out of the whirlwind, and said.... Where wast thou when I laid the foundations of the earth? declare, if thou hast understanding. . . . 12 When the morning stars sang together, and all the sons of God [angels] shouted for joy (Job 38:1,4,7).

4. We can depend on the word of the angels, for they are God's announcers of His greatest deeds to save our souls and deliver our Jesus. At Jesus' birth in Bethlehem, angels were the first to announce a Saviour had been born, which is Christ the Lord, telling shepherds near Bethlehem the good news And the angel said unto them, Fear not: for, behold, I bring you good tidings of great joy, which shall be to all people. For unto you is born this day in the city of David a Saviour, which is Christ the Lord. And this shall be a sign unto you; Ye shall find the 13 babe wrapped in swaddling clothes, lying in a manger. And suddenly there was with the angel a multitude of the heavenly host praising God, and saying, Glory to God in the highest, and on earth peace, good will toward men (Luke 2:10-14)

5. Angels are *eternal* beings and will live forever. We're not dealing with transient beings who are here today and gone tomorrow. Angels are close by us at all times, and they affect our lives and destinies in very important ways Neither can they die any more: for they are equal unto the angels; and are the children of God, being the children of the resurrection (Luke 20:36) 14

READ ALSO: ANGELS AND YOU.

6. The very purpose of God in "sending" angels is to *minister* unto and *help* people, especially those who desire to trust in Him.

7. But to which of the angels said he at any time, Sit on my right hand, until I make thine enemies thy footstool? Are they not all ministering spirits, sent forth to minister for them who shall be heirs of salvation? (Hebrews 1:13,14).

9. Angels are of *superior intelligence*, able to carry out God's directions flawlessly. Their intelligence is out of this world Let me shock you a little....... Do you know it was Angels that invented The Art of writing.... The first man to write was Enoch. It was the fallen angels that taught the Holy Man, Enoch how to write because those fallen angels couldn't reach God anymore. So Enoch was the only link for them to talk to God because Enoch attends meetings in heaven So they invented writing, taught Enoch how to write a letter. After that, Enoch wrote a letter to God on their behalf and presented the letter to God in heaven That was the origin of writing.... Lol.... You have learn that one today... somebody needs to buy a bottle of coke Let me shock you again.... ..... Do you know that it was Angels that taught the children of men how to build farm tools and cooking utensils and some other tools like war tools? 16 There's one I wanted to say....... But..... Let me leave that one Lol

10. Angels possess the joy of the Lord, living directly in His presence and worshiping Him day and night. When the morning stars sang together, and all the sons of God shouted for joy? (Job 38:7) Do you know that when God was creating the world, Angels was by his side, singing to the Lord.... That's why every material on earth, when you hit it together, You produce a sound... Because as the angels were singing to the Lord, the materials on the were receiving the impartation of songs. Anything on the earth you clap together produces a sound of music And suddenly there was with the angel a multitude of the heavenly host praising God (Luke 2:13). 17

11. Angels have a great desire to see the things God has reserved for His saints. Unto whom it was revealed, that not unto themselves, but unto us they did minister the things, which are now reported unto you by them that have preached the gospel unto you with the Holy Ghost sent down from heaven; which things the angels desire to look into (I Peter 1:12)

12. Angels are vastly stronger than men. Bless the Lord, ye his angels, that *excel in strength,* that do his commandments, hearkening unto the voice of his word (Psalm 103:20). And to you who are troubled rest with us, when the Lord Jesus shall be revealed from heaven with his *mighty angels* (IIThessalonians 1:7).

14.The swiftness of angels far exceeds that of the fastest humans.

If you watched the videos we posted on angels, You will see how fast an angel can! Apparently angels can travel faster than the speed of sound or light and be by our side in an instant. Yea, whiles I was speaking in prayer, even the man Gabriel, whom I had seen in the vision at the beginning, being caused to *fly swiftly*, touched me about the time of the evening oblation (Daniel 9:21). And I saw another angel fly in the midst of heaven, having the everlasting gospel to preach unto them that dwell on the earth, and to every nation, and kindred, and tongue, and people (Revelation 14:6)

15. Angels, unlike God, are *not omnipotent* or all-powerful within themselves; neither are they omniscient nor everywhere present as God is. But don't worry. God dispatches angels to us with their superior strength and intelligence and with the determination to carry out His will, and they are closer to us than any human beings.

Yet Michael the archangel, when contending with the devil he disputed about the body of Moses, durst not bring against him a railing accusation, but said, The Lord rebuke thee (Jude 9). From this scripture, You can see that devil can contend with angel.... BUT NEVER CAN THE DEVIL CONTEND GOD This is where we will end the first course on *The Ministry of Angels*... God bless you all. You guys are wonderful people. I love you all! From the next class, we take a little deeper.... I declare that starting from today, You shall begin to have Angelic encounters.... In the name of Jesus!

I declare that the spirit gateway for angelic interventions shall be opened to you from these day forward, in Jesus' name! Some of you shall receive spiritual and physical gifts from these our fellow servants and friends, Angels, in the name of Jesus! I pray that from today, may your dreams be turned into revelations, in Jesus' name!

GOD BLESS YOU ALL!!