WHO IS SATAN ---- SPIRITUAL RELIGION" IN THE "FIRST MAN ADAM" 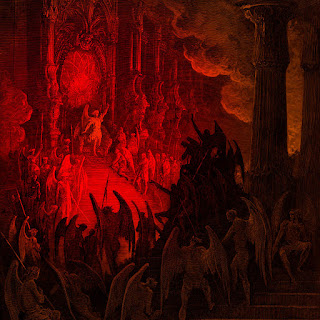 In EZEKIEL 28:1-19 we see scriptures wherein carnal, natural, traditional minded men miss use to argue that Satan was once the most beautiful angel of all. Who was created and abode in the vastness of the highest realm of the heavens of God. But one darkened day he rebelled-- thus in falling he was cast out.
Therefore as we seek truth it dawns upon our enlightened mind THAT like Isaiah 14:12 concerning Lucifer, these verses in Eze 28... reveal and are descriptive of "THE SAME OLD MAN"---THE FIRST MAN ADAM-- RATHER than a spirit being-SATAN. Yes in Isa 14:12 and Eze 28:1-19 we see "THE SAME OLD MAN".
In God's truth there is only "TWO MEN".... TWO MEN--NOT BILLIONS-- ONLY TWO TO BE DISCERNED, SEEN, HEARD AND KNOWN-- BY THE SPIRIT OF REVELATION... ONLY TWO MEN.... If your in the carnal mind you see MANY MEN-- IF YOU ARE IN THE MIND OF CHRIST YOU SEE AND DISCERN ONLY "TWO MEN"... HERE IT IS.... 1Co 15:47... The "FIRST MAN" is of the EARTH, earthy: the "SECOND MAN" is the LORD FROM HEAVEN. The only way to properly discern these TWO MEN-- THUS correctly knowing them is BY THE SPIRIT OF WISDOM AND REVELATION.
God knows "NO MAN" after the flesh... HERE IT IS... 2Co 5:16... Wherefore henceforth know we "NO MAN" after the flesh: yea, though we have known Christ after the flesh, yet NOW henceforth
KNOW WE HIM "NO MORE". WE KNOW NO MAN BY HIS PYHSICAL COLOR-- NOR HIS NATURAL NATIONALITY... Spiritual men give no thought to Red, Yellow, Black or White skinned people, Spiritual men give no thought to the fact that people are British, American or Mexican. WE KNOW "ALL MEN" BY THE SPIRIT...
Satan is a spirit being-- HE IS NOT A MAN-- MAN HAVING SPIRIT, SOUL AND BODY. He was not given his own personal PHYSICAL body to manifest his devilish words OR works through... He is always moving up and down throughout the earthy realms of carnality--"THE NATURE AND MIND OF THE FIRST MAN ADAM--- THE EARTHY REALM-- THE DUST REALM OF FALLEN MAN" looking for those that yield and GIVE PLACE TO THE DEVIL. He lives, moves, eats and feeds upon the fallen earthy realms of the "FIRST MAN ADAM". HERE IT IS.... Rom 6:16... Know ye not, THAT TO WHOM YE YIELD YOURSELVES servants to obey, his servants ye are to whom ye obey; whether of sin unto death, or of obedience unto
righteousness? The RELIGIOUS FIRST MAN ADAM BY NATURE yields himself and becomes THE SYNAGOGUE OF SATAN...
HERE IS A SPIRITUAL PICTURE OF RELIGIOUS ADAM HIMSELF--YIELDED TO SATAN.... JOHN SAW HIM... Rev 3:9... Behold, I will "MAKE THEM" of the synagogue of Satan, which say they are Jews, and are not, but do lie; behold, I will make them to come and worship before thy feet, and to know that I have loved thee. The sons of God are given "PRESENT TRUTH" in this hour..... to unravel the twisted minds of men. To bring forth the sober, clear and pure mind of Christ within the "firstfruits" in this age. And eventually to bring light and glory to the residue of mankind.
This is the "FIRST MAN ADAM--ADAM THE RELIGIOUS MAN"--- THE SYNAGOGUE OF SATAN-- A "MANY MEMBERED MAN-- A CORPORATE MAN" YIELDING TO SATAN--- THUS BEING MADE SATAN'S ABODE AND DWELLING PLACE IN WHICH TO MANIFEST IN AND THROUGH THEIR PHYSICAL BODIES..... SATAN IS LOOKING FOR "A MAN" AND THAT MAN IS THE "FIRST MAN ADAM-- THE RELIGIOUS MAN....
Sorry I didn't get to Eze today...… maybe another time if the Lord allows....
Blessings All!