Home » Tim Wray » A WORD IN SEASON SENT TO "A PEOPLE OF PURPOSE".

A WORD IN SEASON SENT TO "A PEOPLE OF PURPOSE". 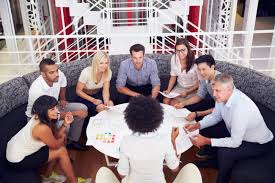 THIS WORD IS SENT FOR THE "FIRSTFRUITS" OF THIS APPOINTED TIME. A WORD IN SEASON SENT TO "A PEOPLE OF PURPOSE".

For this purpose "THE CHRIST" is now here IN THE POWER OF THE SPIRIT destroying the works and lies of the devil. Truth is now unraveling the twisted minds of men. Thus showing forth the clear, pure and true mind of the Lord Jesus Himself.
In Ezekiel 28... men teach that these passages of scripture reveal the fall of Satan. But God does not agree with the mind of "A MERE MAN".
Eze 28:1.... The word of the LORD came again unto me, saying,
Eze 28:2.... Son of man, say unto the PRINCE OF TYRUS, Thus saith the Lord GOD; Because thine heart is lifted up, and thou hast said, "I AM A GOD", "I SIT IN THE SEAT OF GOD", in the midst of the seas; "YET THOU ART A MAN", and not God, though thou set thine heart as the heart of God:
There is a CLEAR PHRASE in this scripture that reveals who God is speaking "ABOUT", also who God is speaking "TO" in the context of Eze 28:2.... Here it is... "YET THOU ART A MAN"... How clear is this-- God is speaking concerning "A MAN AND NOT SATAN"?
As we understand the PRINCE OF TYRUS here is referring to "THE FIRST MAN ADAM" it becomes obvious that God is not speaking to Satan. Here it is.... In the phrase "I AM A GOD" the original Hebrew text for "GOD" here is Strong's H410... "el"... meaning... is a masculine noun used in the SINGULAR form... referring to THE ONE AND ONLY TRUE GOD-- THE ONE SUPREME IN AUTHORITY-- not meaning many ELOHIYM gods.
ELOHIYM is used when the Spirit is revealing and referring to MEN. EL--"THE ONE TRUE GOD" not ELOHIYM is use here. Thus we see ADAM-MAN- ELOHIYM usurping his delegated authority over "EL" the ONE AND ONLY TRUE GOD. Therefore this is a prophetic picture of ADAM usurping authority over EL, thus is falling here right before our eyes.
God is using Ezekiel to unveil-reveal TO US what was happening in the heart of ADAM-MAN at the fall. ADAM had REBELLION in his heart that rose up against the heart of God. THUS GOD USED THE SERPENT-SATAN TO FIND IT AND DRAW IT OUT INTO VIEW.
Now lets look at the phrase "I SIT IN THE SEAT OF GOD". In this
phrase in the original text "GOD" is Strong's H430...'elohiym ... meaning... masculine noun- PLURAL-meaning many... rulers, judges, divine ones, angels-messengers, gods... revealing ADAM-MAN in the form of a "MANY MEMBERED COMPANY". Which is saying, "I sit in the throne of THE GODS." ADAM identifies himself as one of the gods/elohiym, and men are elohiym. Men are referred to as "gods" (elohiym) in the Bible, but never as "God" (El). Therefore
esteeming himself as the highest of all the other gods.
When God saw ADAM-MAN he saw ALL MEN within the loins of Adam. Thus as ADAM'S heart usurped God's heart--- in God's eyes ALL ADAM-MEN missed the mark THAT DAY. So from the perspective of God he was revealing through Ezekiel that the REBELLION in the heart of ADAM got us all in trouble that day.
In the Hebrew original text the words "el" and "elohiym" have never been associated with the spirit called Satan. In the above verse, the one spoken to was told BY GOD he was not "THE GOD OF GODS" but "A MERE MAN" -- a man that could TAKE THE PLACE of one of "THE ELOHIYM" but NOT THE PLACE of the "EL".
The Lord is here now in this appointed time working mightily within the hearts of the "firstfruit". For this purpose God is unraveling
and destroying the works of Satan and his lies. Satan has twisted the minds of the Babylonian religious world, but for this purpose
has "THE CHRIST" come forth to destroy the works of the evil one. THUS BRINGING FORTH "PRESENT TRUTH" for this glorious hour of the manifestation of the sons of the living God, the liberators of the entire creation.
We are inspired to teach Ezekiel 28 little by little.... thus giving us time to think deeply upon these passages....
Blessings All!