Home » The Truths » The Genesis of humanity part 2

The Genesis of humanity part 2 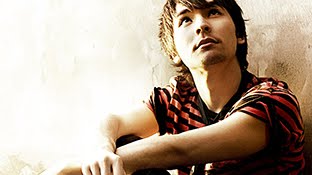 The Genesis of humanity part2

These are the separation in genesis. First God divided Light from the darkness. Next was Heaven and earth and finally Man and Woman.

This separation was done before the fall. God did the separation to destroy the voidness of the earth.

The separation further introduces Sleep a state of temporal unconsciousness in Adam ( spirit, soul, and body)

And the Lord God caused a deep sleep to fall upon the first Adam, and he slept: and he took one of his ribs, and closed up the flesh instead thereof; [22] And the rib, which the Lord God had taken from man, made he a woman and brought her unto the man. [23] And Adam said, This is now bone of my bones, and flesh of my flesh: she shall be called Woman because she was taken out of Man.

But while men slept, his enemy came and sowed tares among the wheat, and went his way.

Sleep The temporary state of unconsciousness

Many are still in this state of sleep. So much happened in that state. Paul said those that sleep, sleep in the night. At this state the devil the enemy sowed tares in man ground the soul. We are going to spend some time on this to get the complete understanding of what it concerns today.

And they were both naked, the man and his wife, and were not ashamed.

After this separation, The first Adam. Spirit and Soul were naked. In chapter 1, Nakedness is a state of unconsciousness, in both Realms of man. Heaven and earth. Spirit and soul. It was at this state man actually made a choice to be carnally minded which resulted in death to all mankind.

The Serpent is a carnal nature. Because an earthly body was given to man. The man shared the same nature with all the beasts of the field. When man listened to the voice of his dark nature. That dark nature becomes the life that controls the soul of man Paul called it the spirit that works in the children of disobedience. The serpent became the prince of the spirit of man. The serpent became the teacher of a carnal-minded man. The lower realm was unveiled. Man became fully conscious of this wicked nature. And not only being conscious. Man was a slave to this carnal nature.

After separation, there is a choice. We will talk more about that in the next part. man made a wrong choice. He choose darkness and was conscious of only the realm of darkness. Man separated himself from God. He left light and choose darkness. He left the land where the tree of life is and made an abode with the serpent. The beast of the field.

God separated Adam to establish The kingdom of God on earth. And today He is calling man away from himself. He has called his sons out of the darkness of the earth. To destroy darkness. Arise and shine for your Light is come. And the glory of The Lord has risen. Wake up from sleep. Wake up from slumber be awakened and be conscious of The Beginning and let the Light of the beginning bring in a creation made without hands. To be continued.........

We have seen the fall, the state of sleep, we have seen the separation, all of these were done in hope. The hope for the resurrection which is unveiled in the Last Adam. In the last Adam, there is no separation. There are Soo much to learn. We have the cherub placed at that gate, what does that mean. And lots more...

God bless you as we continue.