Home » The Word of God » Do You Believe In God.- The Proof That God Exists

Do You Believe In God.- The Proof That God Exists 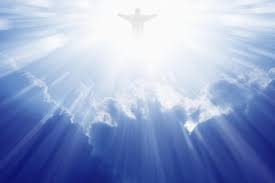 According to atheists, there is no supernatural Power or Being separate from the universe and responsible for its creation. There is therefore no Creator to whom human beings are accountable. Furthermore, they argue, life has no ultimate meaning or purpose, since not only do all individual lives end in death, but the universe itself is doomed to run down until all life is extinct.

Is there any proof that God exists? Thomas in the Bible who would not believe that Jesus was alive until he could touch Him. That is the same analogy many people use today when it comes to answering the question “Is there any proof that God exists?” They want physical proof for something that must be taken on faith value.
It takes greater faith to believe that an unseen God exists than it does to just dismiss Him because you cannot physically confirm that He is there. For those who deal in evidence there is proof all around you and inside of you that God does exist.
Is there any proof that God exists? Take a good look around. When most people look at the world around them, they see Animals, the trees and different types of creation; . It should be obvious that God exists because of His creation, not only us humans, but the world we live in, the galaxy that world is in, and the universe that the galaxy is in.
Our universe contains too much order for our existence to have been created out of chaos. We are complex beyond our imaginations and when you look at such a complexity, you see God and His creation.
Is there any proof that God exists? Take a good look inside yourself. Most people fail to look inside themselves for God. Instead, they look to their surroundings and conclude that since the world is such a mess, God must not be there, if He ever existed at all. They forget that since God created us, we bear His fingerprints and those fingerprints point to His existence.
First, we are all born with an innate knowledge of what is right and wrong. Even a young child knows that when they misbehave they are doing something that goes against their parents’ wishes. The knowledge of good and evil comes from God. It was put there to keep us in balance and to allow us to understand why we need to come to God for forgiveness.
Second, we have a desire to seek love. Our whole life is spent trying to fill a gap that exists in our souls; a gap that only be filled by the love of God. No matter what we do to try and fill this gap -- money drugs, alcohol, sex, possessions -- the hole will never be filled until we turn back to God and accept His Son as our Savior and Lord.
These are only two of the inward feelings that should tell us that we are more than just some random mistake of nature; that we are created, that a real God that created us, and that He is still there watching over us.

Take a good look at the bible the christian sacred book with diligent study you will found out that  everything about the world, humans affairs are all stated in the scriptures most especially the book of Psalms, Proverbs,and Ecclesiastes, Most  people just flip and read the bible and says it is written by men yes of course it is, the scriptures let us to know that God (Jehovah) is an invisible a Spirit.


2 Timothy 3:16-17 (KJV) All scripture is given by inspiration of God, and is profitable for doctrine, for reproof, for correction, for instruction in righteousness:That the man of God may be perfect, thoroughly furnished unto all good works. And perhaps many people testify on how the bible context has helped them in their daily living and many writer got their inspiration from the scriptures. so you can just give credits to science evolution because atheist says so. God is Science.

Is there any proof that God exists? Take a good look at His Son, Jesus Christ. All we need to do is take a good look at the life of Jesus to see that He was a man, but more than a man, He was God. When was the last time you saw a man walk on water, calm a storm, or make a man rise from the dead? Even Jesus Himself conquered death and rose again to ascend to Heaven.
Think about the impact that Jesus has had on this world from the very moment of His birth; the way His life, death and resurrection have shaped world history, changed lives, and healed souls. No mere man could do this so we must say as the Roman soldier did at His crucifixion, “Surely this is the Son of God.”
Philosophy says that our existence is based on that which we perceive existence to be. It is even suggested that maybe we do not exist as we think we do here, but on a different plane of reasoning not yet known to us. As God’s creation, we know God is real; all we have to do is take a good look.


Quote: It is better to believe than to die believing nothing