HOW CAN YOU PROVE JESUS CHRIST EXISTED 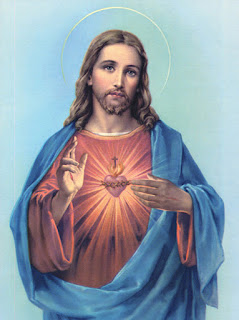 A friend of mine stated emphatically that Jesus Christ really never existed and that it is all a grand, but unproved, drama. How does one respond to such a claim?

From the writings of the Rev. Billy Graham
“Now faith is the substance of things hoped for, the evidence of things not seen” (Hebrews 11:1). Christianity is a faith-based assurance that believes Jesus Christ is the very Word of God (John 1). The Old Testament predicted Christ’s birth, death and resurrection, and the New Testament documents the fulfillment of these prophecies—His biography. Why is it that the biographies of others are believed when they were written long after their deaths?
Alexander the Great’s biography was written 400 years after he died, so its author obviously never knew him. Many people through the centuries never had a record of their own births. Yet the existence of Jesus is still called into question despite the intricate genealogy recorded. Skeptics question His existence because of the “silent” years from age 12 to 30. Yet the Bible documents great numbers of eyewitness accounts of His life.
William Shakespeare wrote plays that bear his name but not one of his original manuscripts survived. Some see him as a legend because there are no documents dating his birth or what Shakespeare did at different times in his life. His biography is peppered with suppositions, yet Shakespeare is the second most quoted writer in the English language—after the various writers of the Bible.
No one today has ever met the great playwright, but you can meet Jesus Christ in this life because He lives! Most gravestones bear words like “Here lie the remains of… ” But from Christ’s tomb came the living words of an angel, declaring: “He is not here, but is risen!”
(This column is based on the words and writings of the late Rev. Billy Graham.)