Home » Tim Wray » JESUS THE "LION OF THE TRIBE OF JUDAH" IS EVEN NOW ARISING UNTO HIS FIRST-FRUITS..... DEVOURING AND CONSUMING HIS HELPLESS PREY WHICH IS ------- "DEATH IT'S SELF"

JESUS THE "LION OF THE TRIBE OF JUDAH" IS EVEN NOW ARISING UNTO HIS FIRST-FRUITS..... DEVOURING AND CONSUMING HIS HELPLESS PREY WHICH IS ------- "DEATH IT'S SELF" 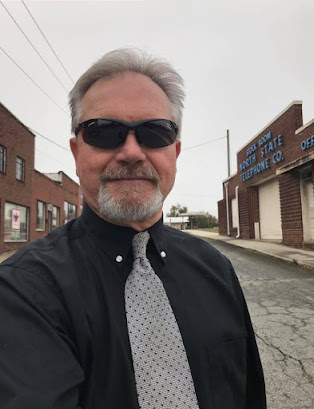 JESUS THE "LION OF THE TRIBE OF JUDAH" IS EVEN NOW ARISING UNTO HIS FIRST-FRUITS..... DEVOURING AND CONSUMING HIS HELPLESS PREY WHICH IS ------- "DEATH IT'S SELF"
Jesus is the "LION OF THE TRIBE OF JUDAD! We're looking at truth concerning the manifestation of Christ as THE LION aspect of his nature. As the lion devours its HELPLESS prey, so Christ becomes a LION WITHIN HIS PEOPLE. The lion of Judah IS KING AND RULER over all the BEAST OF HUMAN NATURE. He springs to UNLIMITED HEIGHTS and to BOTTOMLESS DEPTS, and NOTHING ESCAPES His grasp and NOTHING can overcome his saving love. He reveals Himself as with the FACE OF THE LION to all who receive the CALL TO SONSHIP and to the throne, to devour the BEASTLY CARNAL NATURE within them and fully redeem them from carnality, sin, death and the grave.
The lion IS LITERALLY CONSUMING all of our flesh nature and breaking every bone of old Adam’s body. As this Kingdom Lion is fulfilling his work within his elect. There shall be NOTHING LEFT of the old human life and identity! In order for this company of overcoming rulers to be fully transformed into the image of Christ, each of them MUST EXPERIENCE Christ as the LION OF THE TRIBE OF JUDAH who IS devouring all our flesh and carnality. The lion of the tribe of Judah RASIED UP WITHIN all the sons of God who are called to kingship is THE FIRST of the living creatures in the midst of the throne! This is THE AUTHORITY of His Spirit within OUR SPIRIT, raised up to bring the strength of Christ to DOMINION in our lives! This is the power of His life EXPRESSED in and through us! His authority and power by His Spirit and His Life IS the LION aspect of his nature in the midst of the throne. The manifest KINGSHIP DOMINION OVER THE LUST OF THE FLESH IS REIGNING IN THE MIDST OF THE KINGDOM OF GOD!
Rom 8:18...
For I reckon that the sufferings of this present time are not worthy to be compared with THE GLORY (FULNESS) which shall be revealed IN US.
Rom 8:19
For the earnest expectation of the creature (ALL CREATION IS LOOKING FOR THE SAVIOURS, DELIVERS AND LIBERATORS OF CREATION TO BE REVEALED--- NO WHERE DOES GOD'S TRUTH TELL US THAT ALL CREATION IS GROANING AND LOOKING FOR SOME FAIRY TELL RAPTURE OF THESE OVERCOMERS) waiteth for the manifestation of the sons of God.
Rom 8:20
For the creature was made subject to vanity, not willingly, but by reason OF HIM who hath subjected the same in hope,
Rom 8:21
Because the creature (ALL CREATION) itself also shall be delivered from the bondage of corruption (SIN, DEATH AND THE REALM OF DARKNESS) into the glorious liberty of the children of God.
Rom 8:22
For we know that the whole creation (ALL OF CREATION) groaneth and travaileth in pain together until now.
Rom 8:23
And not only they, but ourselves also, which have the firstfruits of the Spirit, EVEN WE OURSELVES groan within ourselves, waiting for the adoption, to wit, the redemption of our body.
Now let us look further at THIS LION of the tribe of Judah who reigns in strength from the throne (HIS AUTHORITY) in the hearts of His called and chosen ones. Some people tell us today that the MANIFEST SONS OF GOD will not go about personally touching men, healing the sick and emptying out the hospitals, performing mighty signs and wonders, casting out devils, raising the dead even out of the mortuaries where they have been embalmed, and so transforming men’s lives on a massive scale. That even the maximum security prisons can open their doors and let the inmates walk out of prison free men. They tell us that that is not what SONSHIP IS! Well, if that is not what sonship ministry is about, what is it about? The sons of God are MANIFEST-- REVEALED-- MADE KNOWN TO ALL CREATION for the EXPRESSED PURPOSE of setting ALL CREATION FREE from the BONDAGE OF CORRUPTION!
Let someone try to explain to us HOW you can set ALL MANKIND FREE from the bondage of corruption without healing the sick--ALL SICKNESS, emptying the hospitals, casting out devils, raising the dead, and bringing TOTAL AND COMPLETE redemptive power into ALL MEN'S LIVES. Anything short of this will leave this old world right where it is-- ruled by sin, death and the grave!
1Co 15:25
For HE MUST REIGN, till HE hath put ALL (EVERY AND ALL) enemies under his feet. Thus the last enemy that this CONQUERING NATURE OF THE LION OF THE TRIBE OF JUDAH SHALL RISE UP AND DEVOUR IS "DEATH IT'S SELF---- Yes death in all of it's forms SHALL BE COMPLETELY AND TOTALLY devoured--- OFF OF ALL OUR "LION KING'S" VAST AND GLORIOUS CREATION...…. 1Co 15:26
The last enemy that shall be destroyed is death.
Blessings All!