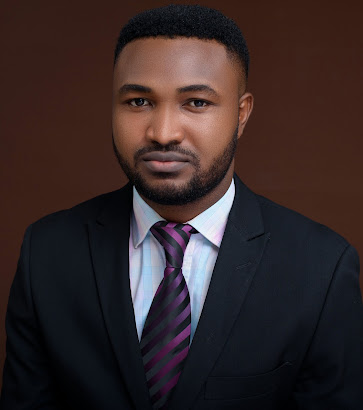 Don't try to get to get too familiar to favor. If you do, You might end up losing up. It is not guaranteed. It is not your right, rather, it is the grace of God. It is not eternal. It is a gift. It's a gift from God that must be cherished Favor Is Often Ignored Or Taken for Granted. How many times has someone paid for a meal and no one really took the time to say, “Thank you?” Untrained children gladly eat a meal and then get upset when their mother asks them to “do the dishes.” Things That Can become a roadblock to Divine Favor Into Your Life.

1.     Favor Stops When You Trivialize Your Access To Wise Counsel. “My people are destroyed for lack of knowledge: because thou hast rejected knowledge, I will also reject thee, that thou shalt be no priest to Me: seeing thou hast forgotten the law of thy God, I will also forget thy children,” (Hosea 4:6) The have access to wise counsel is a great blessing. But if you keep ignoring it, favor won't rub off on you. I have a friend.He likes me to give me counsels about his relationships. But every time I give him advice, he ends up not doing it and returns back with the consequences. He has disobeyed me 3 times and returned back with regrets. So now, I don't give counsels again to him about his relationships. I leave him to his heart. Recently he was talking to me about his relationships and wanted my opinion. I became very cold. Nothing came out of me. Because he doesn't value it, I won't give it again "A wise man will hear, and will increase learning; and a man of understanding shall attain unto wise counsels,” (Proverbs 1:5). A wise man takes instructions from mentors.

2.     GREED The River Of Favor Will Dry Up When God Observes Greed. “Will a man rob God? Yet ye have robbed Me. But ye say, Wherein have we robbed Thee? In tithes and offerings. Ye are cursed with a curse: for ye have robbed Me, even this whole nation, “(Malachi 3:8-9) Greed stops the river if divine favor from flowing to your direction That's why givers ever increases. It is a tragedy, an absurdity and futility to try to breathe Favor into a family or an individual whom God has chosen to curse because of their greed.

▪ Your greed can stop the hand of God from expending to you.You see some "spiritual" people that are not givers.They are same ones that are poor. Because the Lord increases givers and allows them to eat from the corridors of divine favor. 3.Favor Stops When Gratitude Stops. “Because that, when they knew God, they glorified Him not as God, neither were thankful,” (Romans 1:21).

• A heart of gratitude increases provisions

• A heart of gratitude houses the aids and palliatives of heaven

• A heart of gratitude keeps the windows of heaven ever open

• A heart of gratitude honors God. 4.Favor Will Stop When You Deliberately Ignore An Instruction From God. Saul ignored the instructions of Samuel to destroy King Agag and all the Amalekites. Favor stopped. Saul was removed from the throne and David became the king (1 Samuel 15:9-11,26).

• Disobedience to the leading of the Spirit Of God Will bring drought One day, a certain child of God did a job and he was paid in Naira And also in Dollars. He was paid in some cash in Naira but the major money was dropped in his Dollar account. That was $100,000 Then during that period, a man appeared in the dream and told him to spend on the Naira and leave the Dollars, at that time, The exchange rate of dollars to Naira was $1= N150. And he was paid $100,000 as he woke up from that revelation. He directly disobeyed the instructions Instead of spending the Local currency he had, he started from spending the dollars When he was done spending the dollars.The exchange rate of dollars to Naira suddenly went very high. It became $1 = N450. Then he cried and regreted his actions The Spirit of wisdom came to him nit to spend the Dollars... But he was disobedient to the heavenly vision If he had obeyed the revelation, he would have had N45,000,000 from just $100,000.

5. The Flow Of Favor Stops Because Of An Attitude Of Arrogance And Self-Sufficiency. When Nebuchadnezzar sneered at the authority of God because of his uncommon success, God permitted him to live like a beast in the field until his humility returned (see Daniel 5:20-21). To a humble man, the Lord will exalt... But to the proud and arrogance, He will resist! Pride means that you can do without God. It shows dependence on the schemes of the flesh. Arrogance is a bad spirit. It shows that you don't need help even when you are the most miserable person.

• Pride and arrogance repels divine favor. You can't go far in life if you have not booked your place in the economy of the humble. Ask the Lord for a meek spirit. A humble heart and a teachable spirit. These qualities attracts the spirit of favor I declare the from these day, You will be clothed with the garment of favor. In the name of Jesus! Someone tonight... We have become a laughing stock. .. But I declare that your story is turning around now... In Jesus name I pray! Favor shall follow you in Jesus name! We will conclude here tonight. We will continue next time.

God bless you all