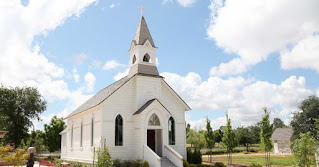 EACH REVEALING A STATE OF BEING... A LEVEL AND DIMENION OF SPIRITUAL GROWTH AND MATURITY....

As the grace and call of God in this time is releasing from bondage the "overcomers" of this age from the spiritual blindness of the carnal, literal religious mind.   Thus being quickened unto life and the reality of Christ "WITHIN" his spirit these have left the misrepresentations of Babylon being "caught up" into the

glory of NEW JERUSALEM the holy city of our God.  The glorious city of spiritual reality and truth, these know all things by and in the Spirit of Truth.

Thus the chaste virgin that shall bring forth the manchild which is the full expression and manifestation of the first begotten Son of God.  The manchild is walking in this Life, Light, Love and Truth. The gates of this city opens toward the face of him who is the Light and Glory of New Jerusalem for nothing can enter this city, which defileth or maketh a lie.   HERE IT IS... Rev 21:27... And there shall in no wise enter into it any thing that defileth, neither whatsoever worketh abomination, or maketh a lie: but they which are written in the Lamb's book of life.

John was in the Spirit on the Day of The Lord and saw her IN ALL OF HER GLORY.. Rev 21:2... And I John saw the holy city, new Jerusalem, coming down from God out of heaven, prepared as a bride adorned for her husband.  This is the bride the Lamb's wife which shall birth the sons of God which shall deliver the groaning expecting creation from the bondage of death, hades, decay and the corruption of all bondage.  HERE THEY ARE...  Rom 8:19... For the earnest expectation of the creature waiteth for the manifestation of the sons of God. Rom 8:20.. For the creature was made subject to vanity, not willingly, but by reason of him who hath subjected the same in hope, Rom 8:21... Because the creature itself also shall be delivered from the bondage of corruption into the glorious liberty of the children of God.  Rom 8:22... For we know that the whole creation groaneth and travaileth in pain together until now.   Rom 8:23... And not only they, but ourselves also, which have the firstfruits of the Spirit, even we ourselves groan within ourselves, waiting for the adoption, to wit, the redemption of our body.  Oh, the "firstfruits" at the consummation of this the church age receiving the redemption of our body, one fashioned like His body of glory.  This is not a lesser impart glory of ministry but the measure of the statue of the fulness of the Lord Jesus himself.  The Son in the midst of His many sons brought to glory.  Raised up to fulfill His almighty purpose of saving, delivering, and setting free the nations of this entire creation.  Oh the wonder of His glorious plan and purpose for the ages of time.  Isn't He incredible?

Here are a few companies and levels of growth being revealed in this glorious time,  The scarlet ridden women and her many offspring- daughters (the religious church systems of carnal men)  Rev 17:3... So he carried me away IN THE SPIRIT into the wilderness: and I saw a woman sit upon a scarlet coloured beast, full of names of blasphemy, having seven heads and ten horns.   THEN the glorious sun-clad women (who is the spiritual virgin bride of Christ), Next the manchild is revealed (the manifest sons of God)   The manchild must be born, The manchild must ascend THE THRONE-THE FULNESS GLORY, The manchild must cast satan out of the heavenly realm thus cleansing and purifying all the realms of heaven.  The mother of the manchild is not THE HARLOT WOMEN-- the harlot carnal church systems and organizations of today.

"a people" clothed with the living glory of Christ (sun), crowned with the twelve stars of God’s governmental authority, and having the cold, reflective light (moon) of carnal programs, rituals, traditions, put under her foot.  This "holy virgin company" shall deliver to this sin-cursed world a manchild, a male child-A FULL GROWN SPIRITUAL MAN, a full redemption company of saints, overcomers, partakers of the divine nature, fully developed unto the measure of the stature of the fullness of Christ, transformed and changed into His pure and holy nature, transformed with His glorious mind, empowered with His power and authority, the many-membered “seed” of the many-membered “woman” which shall “bruise the head of the serpent” as he conquers sin and death, dethrones satan, blesses and rules the nations, and liberates the whole vast groaning creation from the bondage of sin, sorrow, corruption, and death.

God has a plan for this sin-cursed creation....