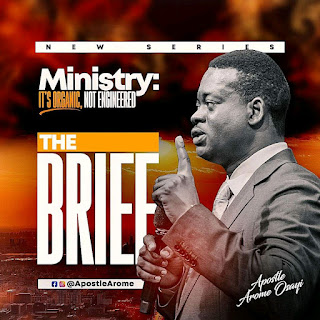 In most cases, this translates to serving men under God’s direction. Now God is a King Spirit who is constantly in partnership with believers to bring about the execution of His kingdom on earth. Any believer who accepts the kingship of God willingly gives up their right to do as they will. They, in practice, defer to God in thought and action; word and deed to the point where they become a vessel through which He can seamlessly bring forth His kingdom and righteousness on earth.

Who then is a bond servant? A bond servant is someone who serves in bondage without expecting any wage or emolument – a slave! Was Paul referring to himself as a slave of Jesus Christ? Oh yes, he was.

The books of Exodus, Leviticus and Deuteronomy talk extensively about slavery and from them we can filter out two types of slaves:

1. Unwilling Slaves: These are slaves whose freedom is taken against their will by brute force or by circumstances beyond their control. Some conditions by which unwilling slaves were made in Scriptures include inheritance (children born by slaves), conquests through wars, inability to pay off debts etc

2. Willing slaves: These are slaves who willingly give up their freedom – mostly out of love for their masters. Exodus 21: 1-6 perfectly captures this type of slavery.

A bond servant is a slave by choice, a prisoner of their own volition. A bond servant of Jesus Christ is a believer who has willingly decided to give up themselves to the Lord to use as He pleases. So that whatever line of service the Lord brings them into, their response is, YES LORD!